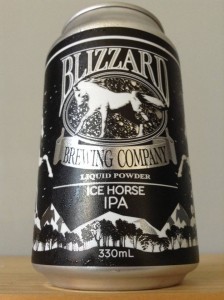 Served in an IPA glass. Quite a deep rusted copper complexion with a puffy three finger head taking shape. Slow reduction, allowing a thick, soapy lace to stick to the glass as we indulge.
The nose is fruity and citric with a certain dank character to it. Something a little tinny in here which seems to reveal itself more after a swirl of the glass. If it’s allowed to settle the lovely hop aromas are fruity, citric, piney and dank with a leafy/herbal scent that offsets the bready malt nicely. Fairly decent aroma but not perfect by any means.
The mouth feel is relatively light on, smooth and effortless. 58 IBU’s provide an assertive bitterness, particularly in the swallow. Quite low in ABV actually – only 5% which borders on a session IPA.
We get malty sweet flavours upfront with the fruity hop bitterness taking a back seat. The citrus notes like grapefruit, orange peel and lemon open up late on the fore and transfer well across the mid. Bready notes – almost toasty in its delivery progresses in to the bitter citric finish that uncovers a bit of spicy pepper on the back end.
The beer as a whole isn’t half bad there’s just a few discrepancies that detract from the overall enjoyment. The tinny scent on the nose is strange, whether it has picked it up from the can we don’t know but it shouldn’t as we’ve never encountered this when drinking a beer from a can before. The mouth feel was a tad watery but it can be excused as it is only 5% ABV. Not bad….needs a bit of tweaking though.