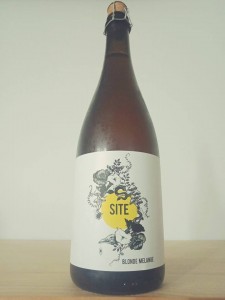 Appearance: Bright gold with a mild haze. It forms a ring which struggles to produce much lace.

Aroma: Of light sourness and Belgian tripel-esque sweetness. We say that as the latter posseses those yeast-driven fruits such as apple and pear along with subtle spice and orange peel. There is a fair amount of white wine tannins and grape juice…hinting at a dry, oaked chardonnay with just the slightest hint of wood coming through. Quite a nice aroma actually.

Flavour: Comes on with a crisp vibrance with white wine, peppery spice and tangy citrus to the fore. It has this distinct buttery note to it where the lemony citrus and unripened pineapple cuts through. The finish is dry, oaky and a little spicy and it endures rather well on the back end.

Mouthfeel: Dry and spritzy with a crisp acidity. The pucker rating is low with medium body. 5.5% AbV – well positioned.

Overall: It’s a funny one because at first we were ready to pan it as the sourness was practically MIA. But we see that it’s not all about the pucker…there’s a certain pronunciation on this kind of wine/beer hybrid idea that adds another layer of complexity. Solid offering.