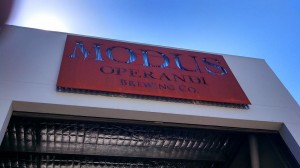 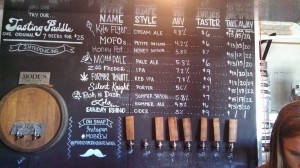 This Northern beaches brewery, set in a little warehouse that’s been cleverly transformed into a brewery and bar, opened up around 7 months ago and has been serving the locals of Mona Vale and travelling beer enthusiasts fresh, handcrafted beers with passion ever since. With ex Stone & Wood head brewer and Alex from 6 string brewing at the helm the core range consists of a cream ale, a pale and 2 IPA’s, both of which have picked up a couple of cheeky awards. Their signature brew, named ‘former tenant’ is a really well balanced red IPA that doesn’t just come with a delicious flavour, but also a pretty funny story too. It comes about by the previous tenant who considered himself as a bit of a green thumb. Eventually getting caught by the boys in blue as his passion for growing herbs were – let’s just say – more of the illegal kind. Quite ironic when you consider that these guys now brew beer with an abundance of it’s cousin (lupulus). Legally! Other than the core range there are seasonal brews that are turned over frequently such as the 2 saison’s, a porter and a summer ale. If you happen to be travelling to the Northern beaches be sure to drop in and fill up a growler or choose your favourite beer and the boys will fill up a fresh 950 ml can and seal it right in front of you with their sweet little canning machine. Definitely worth the trip for us.