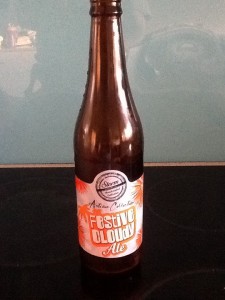 Let’s get one thing straight, this beer is crap. It’s purchased in ALDI, and really we shouldn’t have bothered. It pours straw coloured and looks like a lager but with no bubble, carbonation or head. Looks like apple juice. The label states a cloudy pale ale… There is nothing cloudy about it. It’s got a slightly summer ale -ish flavour like Monteith’s summer lager but way, way weaker.  It has little ‘craft’ flavour at all. It is 4.6% ABV and made in N.Z. All in all, don’t bother..stick to Leo , or Mythos which are the other beers sold in this supermarket.