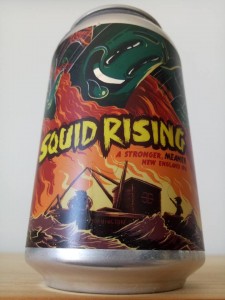 Appearance: Cloudy mustard yellow with a soft orange tint. It builds a nice two and a half finger head that persists, leaving a thick and soapy lace as it ebbs.

Aroma: Brekky juice…tick, ripe stonefruits…tick, creamy…tick! It has all the hallmark NEIPA characters thus far. It also possesses that subtle tangy sweetness that we get from blood orange and tangerine. Definitely some herbal accents in here too – mostly aniseed along with a flutter of lemongrass. Lovely stuff!

Flavour: A big impression of juicy stonefruits upfront. Think mango, rockmelon, peach, pineapple and orange. Just a slight pronunciation on this creamy peach note through the middle as it leads in to a smooth citrusy finish which also offers a blend of fleshy paw paw and grainy malt on the rear.

Mouthfeel: Mostly creamy with a kind of chalky texture to it. Minimal bitterness with a well concealed ABV (6.5%). Medium body, mild-moderate co2.

Overall: Unlike their cousin’s from the West Coast we’re still to find that Aussie NEIPA that blows us away. Take nothing away from this though, it is a very good interpretation but it just falls short of being memorable.