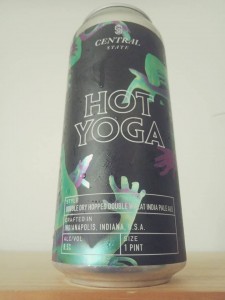 “This Double IPA is fermented with a special Norwegian Farmhouse yeast strain called Kviek. Fermented in half the time and at temperatures in excess of 95 degrees that would cause normal yeast to produce off flavors, this DIPA features both flaked & malted wheat and a double dose of Citra, Loral, and Mosaic hops.”

Aroma: Slightly offbeat notes of mixed citrus, stonefruits, apricot, florals, wheated grains, white bready-esque malts and a hint of funky/spicy yeast. As it settles it really starts to take the shape of a good quality American NEIPA with that classic brekky juice character.

Flavour: There’s a bit of a tart lemon funk upfront along with undertones of floral hops, herbs and orange peel. Something slightly woody in there…hinting at spice and mustyness. It finishes dry and bitter with lingering grapefruit and orange peel on the rear.

Mouthfeel: Pretty approachable for 8.5% AbV. There’s a decent bitterness in the swallow and maybe just a bit of a soapy texture to it.

Overall: The upside for this beer is it’s super crafty and it’s fun. Most of that comes down to the Kviek yeast used which surely provides all those offbeat aromas and flavours we’ve touched on. It’s hard to say whether we actually liked it or not! It wasn’t bad….we’ll leave it at that.