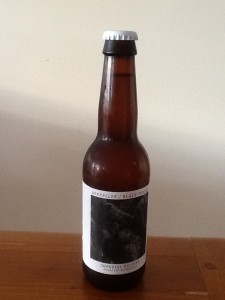 This beer has been Brewer with sea buckthorn and light rock candy. We don’t think we have ever had a beer that uses these ingredients , especially in an imperial Pilsner. Let’s dig in

Poured into a tulip glass, there is decent carbonation heard here, and we get a nice 5mm head that retains really well in one big clump half way bisecting the glass. Weird. The first thing we notice is the colour. Not your usual Pilsner colour here but more darker burnt orange. We smell Pilsner malts, barley malts, and hops used in such lighter beers like lagers or pilsners. First sip is also not what we were expecting. There are strong sour notes, grapefruit notes, some citrus, bit of background booze, and a sweetness that must be the rock candy?? It’s such a complex mouthfeel for a Pilsner. It’s medium bodied in the mouth but has this refreshing, almost thirst quenching mouthfeel. The bitterness is contained on the back palate, and the carbonation in the mouth doesn’t overpower. This is 6.6% alc and we love the mildness of it despite being an “imperial”. We unsure what exactly sea buckthorn tastes like but obviously a briny flavour is involved and you do get amongst the flavour profile, a taste of the sea. The dominant hit though is the sourness. Is this sea buckthorn also? We don’t know but what we can say is this is a left-field, very tasty, almost moreish beer…and it’s a Pilsner! We could easily have another. Very drinkable and so very craft beer territory.