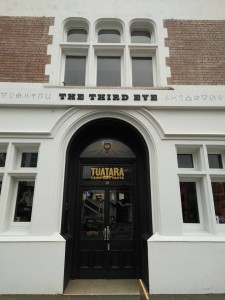 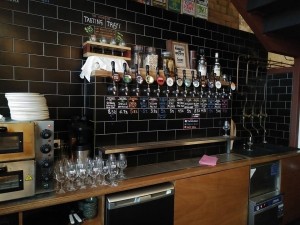 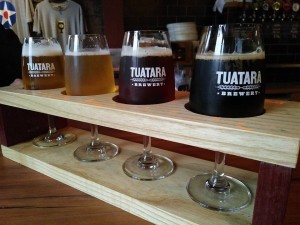 After a slight disappointment in the number of breweries in Auckland we were absolutely pumped to set foot in New Zealand’s hallowed craft beer capital – Wellington. ‘Windy Wellington’ as it’s passionately known and what a welcoming it gave us! A quick 15 minute stroll south out of the CBD lands us in Te Aro where a tantalising number of top shelf breweries are all within walking distance of each other. All in good time we assure ourselves as we head straight for one of our favourite Kiwi breweries – Tuatara aka The Third Eye.

For those that don’t know, a Tuatara is actually an ancient lizard-like reptile that has been around for donkeys. The exact correlation between a prehistoric reptile and craft beer is anyone’s guess but we aren’t visiting a zoo we came for the beer! The brewery boasts 14 taps with all but two pouring their extensive range. Via paddles we made our way through every beer with a few obvious stand outs like the Pilsner, India stout, APA and the chocolate milk stout. After a few hours of pestering the lovely girl behind the bar we thought we’d make tracks.

if you’re ever in Wellington be sure to drop in to this brewery. You won’t be disappointed.