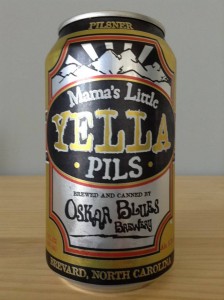 Served in a flute glass. She pours a hazy straw yellow hue with a puffy two finger head laying on top. The retention is good as it weaves a healthy lace as it ebbs. Well the first thing we noticed is the aromatic Saaz hops with its spicy, peppery and herbal notes leading out. Certainly getting a lot of grainy malt as hints of rice crackers and hay come through in support. Some faint hints of lemon, orange blossom and honey sit quietly in the back seat. Ultra clean and crisp on the nose. The feel is light, effortless and smooth as silk along with a lifted carbonation to give it that refreshing summery effervescence. The 35 IBUs also provide a slight tickle in the finish. Taste is nice and clean upfront. We’re getting those semi-sweet malts that are countered by a nice grassy/herbaceous kick from the Saaz. The flavour transitions to a more floral hop approach in the middle as the bitterness carries a spicy hop note in to the finish. There’s considerable length on the rear palate here too. Really crisp and refreshing in the tail. This was a highly drinkable Pilsner. You can tell it’s a crafted version as there’s no cheap corny DMS or boiled vegetable aromas. Just loads of those gorgeous Saaz hops and malty sweet, crackery flavours that balance perfectly. Geez, it’s so sessional we could sit on these all arvo! Solid offering.