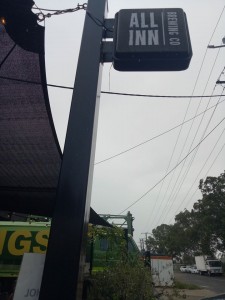 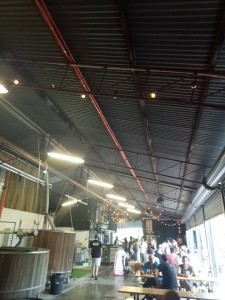 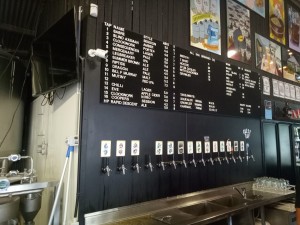 We must admit we are Texas hold ’em tragics. Whether it be at the casino, the local pub or at home, it wouldn’t matter…we’d be there! Although this obsession was part of the reason why we wanted to visit the bigger reason was because this brewery is regarded by the locals as one of Brisbane’s bedrock institutions. In 2012 owner and head brewer Harley Goodacre managed to rustle together enough equipment and opened the brewery in Banyo, bringing his craft to a region saturated in XXXX….it’s safe to say it was a craft beer wasteland. Slowly but surely the brewery expanded to the super busy, dog friendly, spacious and well oiled operation it is today.

They offer an impressive 16 tap set up with one reserved for a guest. Their range is huge so it was straight to the paddles for us. We tried the Bill Murray (a suped up lager at 5.5% ABV), Mercenary Pale Ale, Blind Axeman Amber Ale, Clockwork Porter, Riptide Summer Ale, Dragon Pale Ale (one of their best), Summer Brown Ale and the Mutiny Red IPA which was an absolute ripper of a beer. Their range provides a good mix of approachable and the more adventurous beers which were all thoroughly enjoyable.

Another upside is its relatively close proximity to Brisbane city, via the airport link it’s only about a 20 minute drive north. Although we do suggest you grab a taxi or an uber because, let’s face it, who goes to a brewery to just have one or two?!