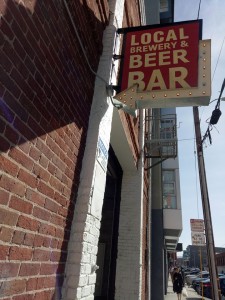 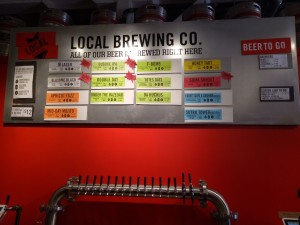 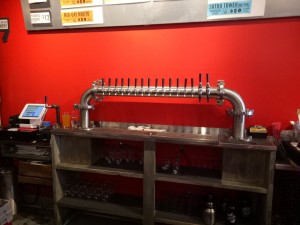 Their mission statement is simple yet effective – If you’re here you’re local. You will be meeting and chatting to locals, you’ll be drinking beers brewed by locals which are made purely from locally sourced ingredients. The two main locals behind the operation are Regan Long (head brewer & co-founder) and Sarah Fenson (co-founder). Although the pair would rather let the quality of the beer do the talking it’s hard not to be surprised (and impressed) that two females can run such a well oiled and fine brewery bar. More power to them we say!

They continue their ethos in the naming of their beers as well. While not all of them carry an acknowledgment to iconic locations in the area the ones that do inevitably end in an explanation of their significance (especially for us out-of-towners from downunder!) from Mike the energetic and entertaining lad behind the bar. We paddled up so we could try every one of their beers. On the day we tried the lager, Bluxome black, apricot fuzz, mid day mojito, Duboce IPA, double day, under the hazedar, F-bomb, totes oats, da ruckus, honey tart, Soma sunset, I don’t give a graham and the Sutro tower – both of which are stouts poured through nitro. All of their beers are simplistic and tasty…..made for sessioning!

It’s a tidy little joint and we’d love to stay but but we must move on as we plan on remembering most of this day!