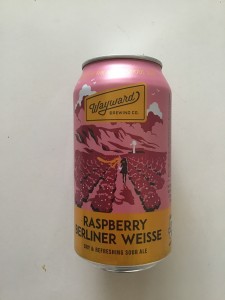 Glass: Poured into a shaker glass.

Mouthfeel: It’s full of refreshing carbonation like your slamming a soft drink. Alc vol is 3.8% and it’s just noticed on the back palate. It’s a drying, crisp, zingy raspberry sour ale with minimal bitterness and mild body, allowing for regular sips. It’s like a palate cleanser. Length surprisingly good for such low alc vol.

Overall: it’s pretty one dimensional but this is what you expect. It’s definitely a summer drinking beverage and would be a good addition into a decent session on the IPAs, as a palate cleanser. It’s as it says..a tart, zippy dry sour ale. Nothing amazing.