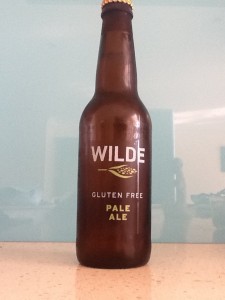 This beer is from the little known koala beer company in newcastle. Further investigation yields that Burragumbili lager is also produced by this brewery. We have tried numerous gluten free beers and have been disappointed to say the least due to the lack of body and complex flavour. Here’s hoping.

Pours a hazy straw colour with a big fizz like a lager rising up through the glass. It has no head at all or lacing on the tulip glass. Aroma of mild tropical fruit and that’s about it. It’s hard to figure out what grain they are using, but get hints of rye? Other than that it could be sorghum? At 4.5% alc vol it’s pretty bland really. There is a grassy, mild stone fruit like flavour, but it’s watery. Not a great body and minimal on the palate. There is certainly carbonation in the mouth though. I guess for people with wheat intolerance it is smooth on the palate, and it ain’t going to send you into illness. Let’s face it, it’s sessionable but not our cup of tea. Just not enough oomph.