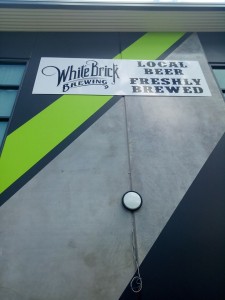 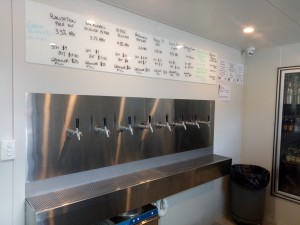 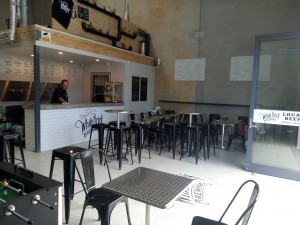 For Adam (head brewer and owner) brewing all began as a hobby which quickly morphed in to an obsession which in turn resulted in the opening of this literally brand spanking new brewery in North Lakes, a tick over 40 mins drive north of Brisbane city. That’s just the beginning of the story. Here we were thinking the name ‘White Brick’ just had something to do with the choice of colour for the bricks used in the building, we couldn’t have been more wrong. The proceeds from the sale of a white brick estate was the funding behind the opening, and serves as inspiration for the family run brewery. We love a small brewery, but we love a good back story to a brewery even more.

Equally as impressive is the thought and meaning behind the names of every one of the beers he brews. There are 8 beers on offer – ‘Plantation’ pale ale, ‘Brickworks’ bitter, ‘Petrie’ pilsner, ‘Rothwell’ radler, ‘Route 71’ IPA, ‘Coach Stop’ Cider, ‘Griffin’ golden ale & ‘Tripel Trouble’ Belgian tripel. To us out-of-towners they are merely catchy names but to the locals they represent local suburbs, roads, early settlers and iconic locations. Everything about this brewery represents family and local community, how can you not dig that??

The beers, the owner, the vibe, the stories, the tunes, even the complimentary popcorn! Everything about this cool little brewery has impressed us. If you’re travelling along the Bruce highway through North Lakes be sure to pop in for a visit, it’s well worth it.