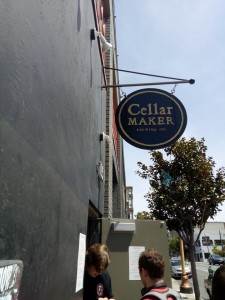 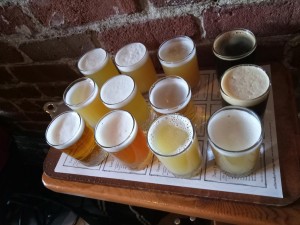 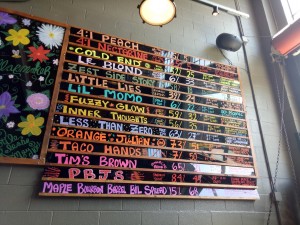 To say that we were lucky is an understatement. As we turned on to Howard Street there was a line of punters approximately 150 metres long. “Surely this wasn’t  a line just simply to get in to the brewery”! Unfortunately it was, but fortunately it was a release day and we were stoked that we were going to get our hands on a couple of very rare sour beers – the 4:1 peach/nectarine series to be exact. Now, we weren’t big on sours but this is why we have to lay credit at the feet of this brewery because after a couple of sips we may have finally understood why the sour craze has become so popular. We were blown away and we hadn’t even tasted the first beer in our flights yet!

If you’re in San Francisco then this is a must visit. Their mantra is to produce small batch and edgy beers without sticking to a number of core range beers that could potentially become boring (I doubt their beers could ever be boring by the way). Jeez we’ve only been in San Francisco for a couple of hours and we’ve already been treated to this! We may never leave….