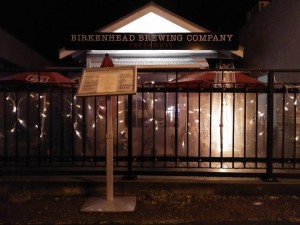 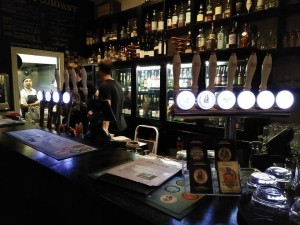 Much to our surprise (and despair) Auckland city is seriously lacking in brewery bars. Last night we went to Brothers Beer, today we went to GABS and then we had plans to stop in at Epic Brewery as it was only a 5 minute Uber drive from the venue. That was until we were luckily informed that Epic only contract brews out of the spot we were about to head to! Bummed out! Luckily there was another brewery we wanted to visit.

Birkenhead brewing is a really cool little joint set inside a cottage which surely would have been someone’s residence decades ago. It’s neatly tucked away on the main road that runs through a busy little shopping strip just a few clicks north out of the city. Blink and you’d miss it! The range is small but decent offering a Pilsner, pale ale, DIPA and an oatmeal stout – all of which were very tasty beers. They also have a collaboration IPA with well known US brewery Ninkasi which was absolutely divine.

As we’re time-limited a paddle was all we could fit in. Time waits for no man!