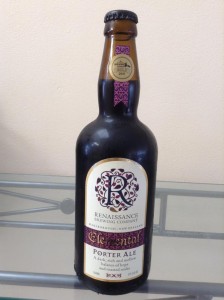 “Elemental is our most awarded beer, it has won gold medals in Australia and New Zealand and for a time it was rated New Zealand’s top beer, no mean feat for a porter of moderate alcohol and a balanced finish.”

Another really classy brewery here, not quite on the level of 8 wired but a gold medal finalist in the 2011 brewers guild is a tip of the hat to this top shelf Kiwi establishment. Served in a beer tulip the opaque black pour offers no clarity with a small, dense tan head that collapses to a film on top. Laced quite well despite the lack of head. Plenty to like in this aroma, initially we detect a heavy roasted espresso bitterness on top of an arsenal of fragrances such as molasses, smoke, carob, leather, blackberry, tobacco, cherry, dates and plum. Superb aroma. Oh so smooth in the mouth with a silky soft texture. Carbonation levels are expectedly low with mild-medium body. Kick starting the flavour profile is a combination of espresso, roasted malts, cherry ripe and dates. Through the mid a very subdued alcohol warming is present as it moves forward on to a rich and roasty finish. A pleasant sweetness adds more depth and complexity to this already outstanding porter. Exceptional duration on the tongue is just another reason why this beer was a gold medal winner. Only 6% ABV which is remarkable considering it drinks like an imperial porter. Big ups to the brewers, this is a fantastic beer.